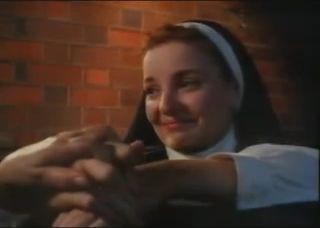 Return to Innocence by Deslea (Brides of Christ), 2002

Summary: Catherine (Josephine Byrne) is torn by the Church’s teaching on birth control and leaves the convent in the Australian mini-series Brides Of Christ.
My Rating: Three stars. Overall I think I did a good job with the buildup. Not the best vid I’ve ever done, but I think it has a certain resonance. I like it.
Background: This isn’t the first time I’ve used Brides Of Christ as a source. The Thank You Annabeth video uses This Is Where I Belong from the soundtrack, and the “Video By Deslea” trailer I’ve used a couple of times is set to Goodbye Sister Catherine, both by Mario Millo. Overseas viewers with sharp eyes will see Irish actress Brenda Fricker, Lisa Hensley, and a very young Naomi Watts. Brides of Christ was the series to be a part of in 1990. Originally, this video was bookended with images of Catherine and her fellow sisters after leaving the order. I liked that because it put a positive spin on the video – that Catherine’s “return to innocence” was a kind of spiritual conversion that was right for her rather than necessarily saying anything negative about religious life generally. However, this didn’t work so well creatively. There was too much distance, atmospherically, between the clips. So I settled on shots of her walking out the convent gates.
Geeky Things To Note: One thing I didn’t like about this video was the lack of variety, visually. Since Catherine spent most of the mini-series in her habit, there’s a lot of black and white. I tried to compensate by including a lot of shots with bright backgrounds and movement. I do like the sequence of the second verse, where we see Catherine’s conflict rising – particularly the cuts through her walking in the rain and arguing with the priest in the confessional. I think that scene where she bangs her head against the confessional wall is particularly strong. I think that builds up really well.
Programs Used: Adobe Premiere, Paint Shop Pro, VCD Cutter.
Sources: Brides Of Christ episode 6 (Catherine).