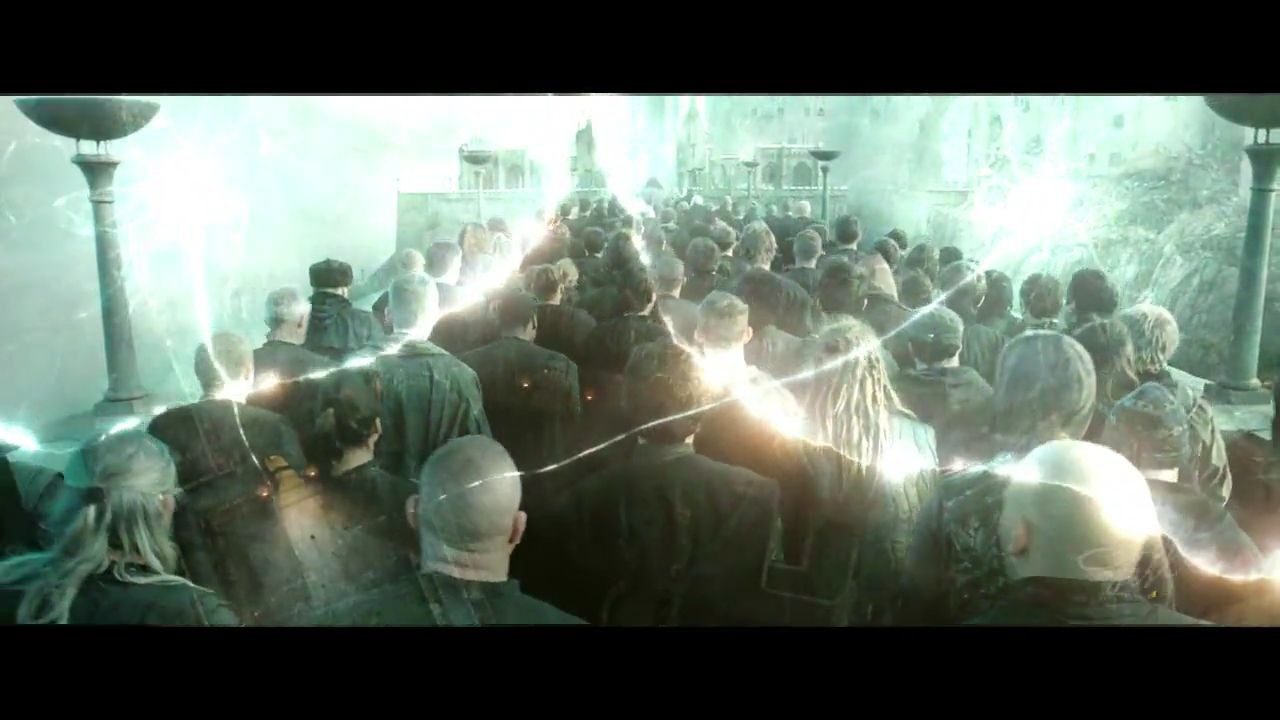 My Rating: Five stars. There’s really nothing I’d change about this one.
Background: This vid is from the Malfoys’ point of view at the end of the war. I was fascinated that most of the Skyfall vids seemed to be from the good guys’ point of view, when the lyrics are very clearly about an antihero (as per the original subject of the song, James Bond).
Geeky Things To Note: This vid is inspired in some ways by We Are by Dragonchic, in Terminator: The Sarah Connor Chronicles fandom. It’s another endgame, somewhat-ensemble piece, much like Won’t Give In, but this time from the antagonists’ perspective. I went in with a very specific approach – it was to be strictly canon (whereas for romance vids I’m happy to borrow from outside sources), and it was to start out contemplative and then build up to a quite lavish crescendo depicting the final battle. I really liked working with Draco, who I haven’t vidded before – he has some lovely footage. Minor remaster in January 2013 to convert to HD.
Programs Used: Adobe Premiere Pro CS5.
Sources: Harry Potter 1, 2, 4, 5, 6, 7, 8.