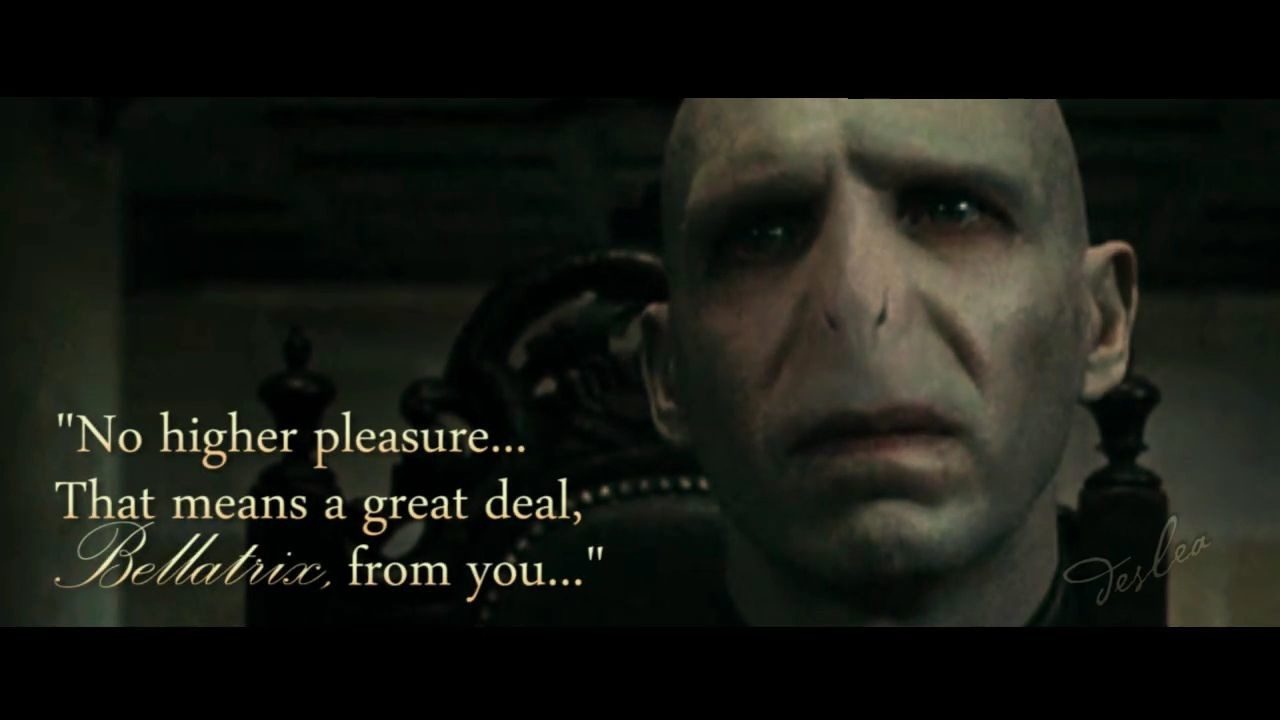 My Rating: Four stars. Hit the notes I was aiming for.
Background: Told from Bellatrix’s point of view, we see her utter commitment to the world Voldemort promises, to the bitter end. I intend this as a (somewhat) mutual Bellatrix/Voldemort, but you could very easily view it as unrequited on Bellatrix’s side as well. In that sense it’s friendly to multiple takes on the relationship.
Geeky Things To Note: Nothing too geeky here – technically this is generally a pretty simple vid. However, there are three manipulated scenes – one of Bellatrix’s death, one of Voldemort in a vulnerable moment contemplating his disfigured body, and one of Bella facing the Wizengamot. I was intending this to be one of those vids that brings in lots of external material for a manufactured storyline – I have some great footage of a more human version of Voldemort (Ralph Fiennes in Coriolanus) – but in the end, it came together very nicely just using canon footage.
Programs Used: Adobe Premiere Pro CS5.
Sources: Harry Potter.