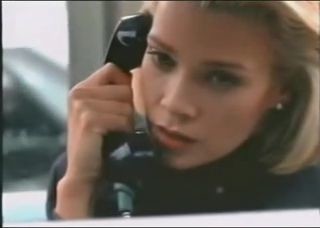 Summary: A Krycek/Marita angsty piece set post-Existence. Marita remembers Alex and mourns.
My Rating: Three stars. It’s not bad. I don’t think this one is quite on a par with some of my more recent favourites, but still a good piece. It really derives all its impact from knowing their story, though. In that sense, it’s much more narrative-based than, say, Gravity Of Love.
Geeky Things To Note: This one is composed entirely in Premiere, and I’m now finding that less frustrating than for previous videos. I’ve worked out how to get most of the effects that I used to get in other programs now. As with Return To Innocence, I’m now using a footer with my signature and the title, like a music video on TV, rather than the titles and/or trailers I’ve used in the past. In particular, the fifteen-second closing trailers I had on a few videos – while lovely – began to irritate even me. So this system works a lot better. I’m sticking with the techniques I’ve used for a clean finish since Pray – thin top-and-bottom black border to mask signal noise, for instance. I really notice that on my earlier vids now that I’ve found a way to mask them. I’m also cropping out titles (credits and translations) from the bottom of the screen. This particular video uses footage of Laurie Holden in Outer Limits, where she sits alone in a restaurant, quietly crying and smoking. I used that to bookend the clip to suggest that this occurs not long after she learns of Krycek’s death. I had to crop that footage pretty severely, because in fact, her character suicides in this scene by quietly downing a bottle of pills while she drinks (I actually considered including this for about five seconds before deciding that wasn’t Marita). There’s one part where the cut is a bit more jarring than I’d like, but I think it still works. This vid is very narrative based – I don’t think it has really any atmosphere or impact without the context of their story – so that’s a negative for the casual viewer. Marita likens they way they’ve been manipulated and used to them being toy soldiers, and she clearly blames herself for Alex’s path (it’s true I did extend the invitation/I didn’t know how long you’d stay), and understands their downfall against the backdrop of the mythology (bit by bit, torn apart/never win/and the battle rages on). The other thing that niggles me about it is that it’s a slower-moving song than I normally work with, and that was awkward for me to work with initially. Still, overall, I’m happy with it.
Programs Used: Adobe Premiere, Paint Shop Pro, CoolEdit, VCD Cutter, RealProducer.
Sources: XF to Existence, Outer Limits.