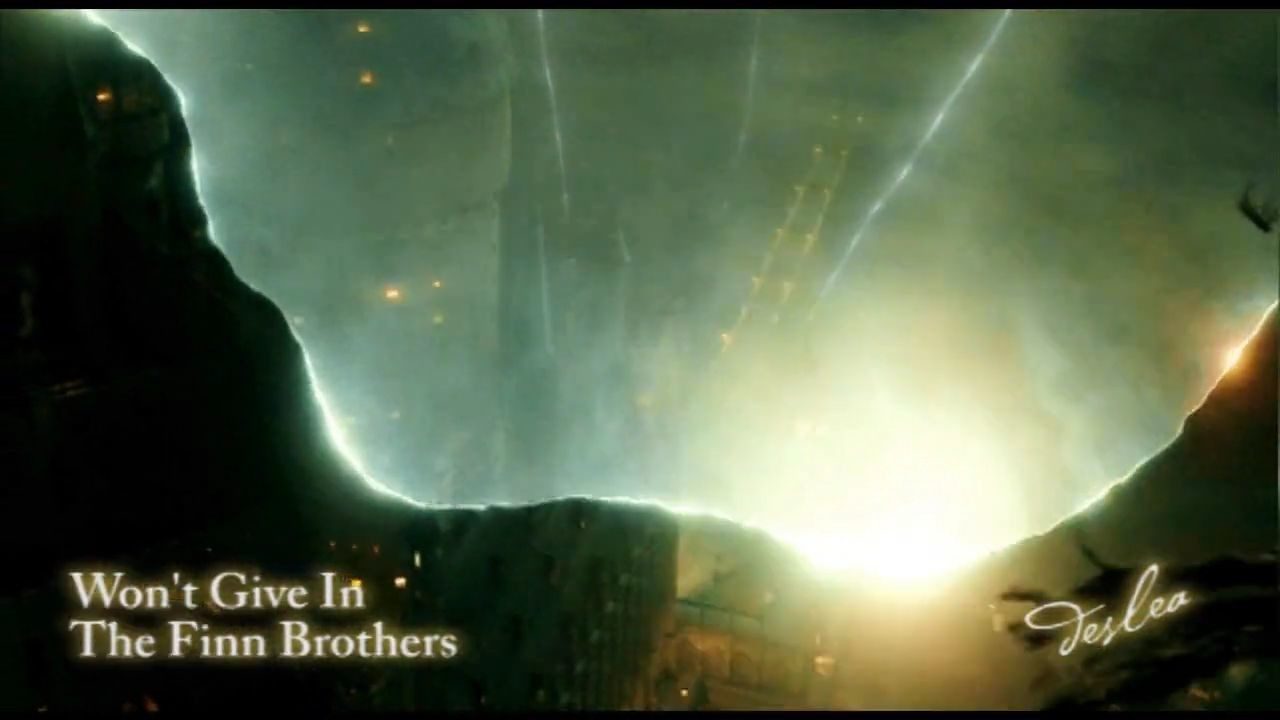 REMASTERED: Won’t Give In (2011/2013)
Performed by The Finn Brothers
Theme: Harry Potter and the Deathly Hallows Part 2, Ensemble, Battle of Hogwarts

My Rating: Four stars. I’m pretty happy with this one. I don’t know if there’s anything I’d change about it.
Background: This video started with a single fragment: The scene where the Order steps into the Great Hall, set to the line “Once in a while I return to the fold and the people I call my own.” (I actually used it in a different place in the video).
Geeky Things To Note: Nothing too special on the geeky side – just some play with heightened colours. This vid is pretty simple, from a technical perspective. There are a couple of deleted scenes and extracts from the Blu Ray Maximum Movie Mode. I did some careful clipping and speeding up for certain sections of the Harry/Ginny kiss, in order to give it greater chemistry than we saw in the film.
Programs Used: Adobe Premiere Pro CS5.
Sources: Harry Potter DH2.