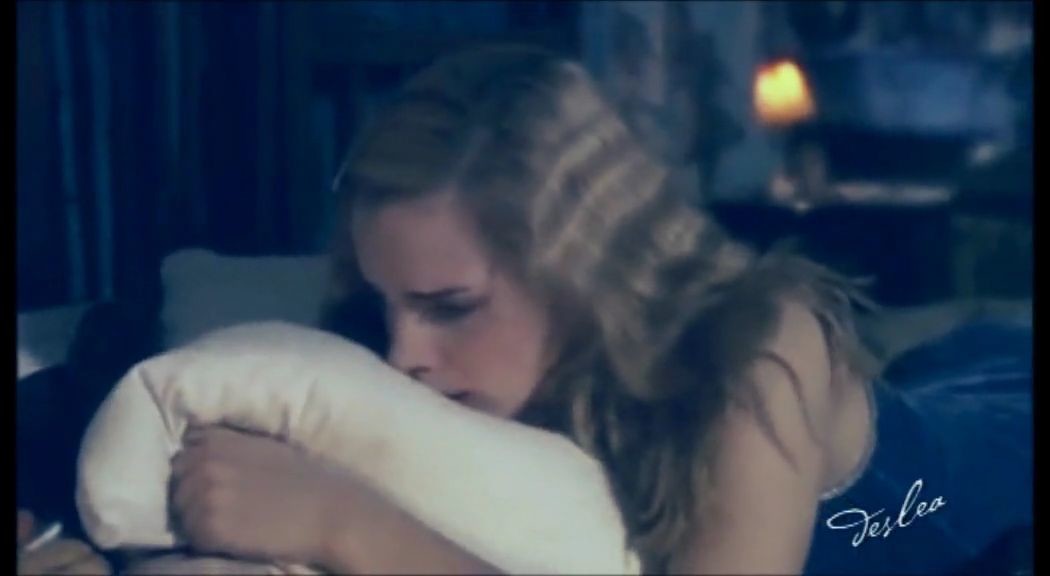 My Rating: Five stars. I think this one carries itself very well.
Background: This vid started with a simple challenge to myself: Was it possible to make a Snape/Hermione video, with the available footage, that wasn’t creepy? I’ve always been quite uncomfortable with the vids that depict Snape as watching his young student with a lustful eye, and to compound matters, while Book-Snape is in his thirties, Movie-Snape is in his fifties. We also don’t have the benefit of footage of adult Hermione, whereas that is not a problem for the fanfic world, which frequently situates an adult Hermione as a fellow soldier or professor alongside Snape, followed by a sassy and irreproachable romance. It seemed to me that the only way I could vid this pairing tastefully would be if I used Hermione’s point of view – the point of view of a schoolgirl crush. But that’s not very interesting – until we consider that Snape went on to save the world, and ultimately became her hero. I think I achieved my goal – the only moment that skirts the edge is the Mirror of Erised sequence, with Hermione seeing her fondest wish, a very innocent and girlish romantic dance with an idealised version of her unattainable authority figure.
Geeky Things To Note: Lots of fun manipulations here, including Snape’s grave (probably the part I’m least happy with), and Dream-Snape and Hermione dancing in the Mirror of Erised. I used quite a bit of the Sixteen Point Garbage Matte tool for this one. I had a lot of problems with jerky output in this one – I’m working with Blu Ray source now, and Adobe CS5 seems to struggle with it. I’ve now found a fairly clunky solution by outputting as a very large AVI (700MB or so) with minimal compression to keep processing to a minimum, then converting to web-size with Audials later. The only section I couldn’t clean up in this way was Hermione’s fantasy of Snape’s Patronus watching over her, but I didn’t have the heart to take it out.
Other Comments: There is a related vignette for this video called Vigil.
Programs Used: Adobe Premiere Pro CS5.
Sources: Harry Potter 1/2/3/4/5/6/7/8, In Demand music video, Ballet Shoes.