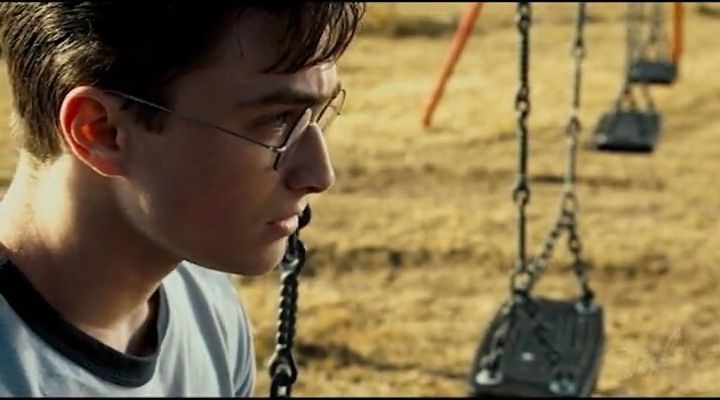 My Rating: Five stars. Hits some good emotional and character development notes.
Background: I originally made this video in 2007 with a screener tape, and always said I’d remaster when I had better quality source, so here it is.
Geeky Things To Note: Not a lot of advanced techniques here – just playing with speeds a bit to make the footage hit the beat, and breakthrough audio of Harry speaking at a key moment. I really noticed, in a good way, the lack of those techniques when remastering – it made the process much easier. Whereas, say, Black Is The Colour would be extremely difficult to re-create after the fact. However, I’m really happy with this one – I think it captures the entire journey of the movie really well. It just goes to show, the special effects aren’t always needed. I wasn’t tempted to add any this time around. On a technical note, I’m still struggling with making Premiere play nicely with HD source – I’ve weeded out the jumps everywhere except where there are overlays. I’m still trying to find a solution to that. For now, I’ve eliminated the jumps by making SD versions of each layer, which does defeat the purpose of HD source, but at least I can reprocess in HD easily later once the underlying issue is resolved. It may be a CPU or GPU issue but I find that difficult to believe as both are very high-spec.
Programs Used: Adobe Premiere Pro CS5.
Sources: Harry Potter 5.