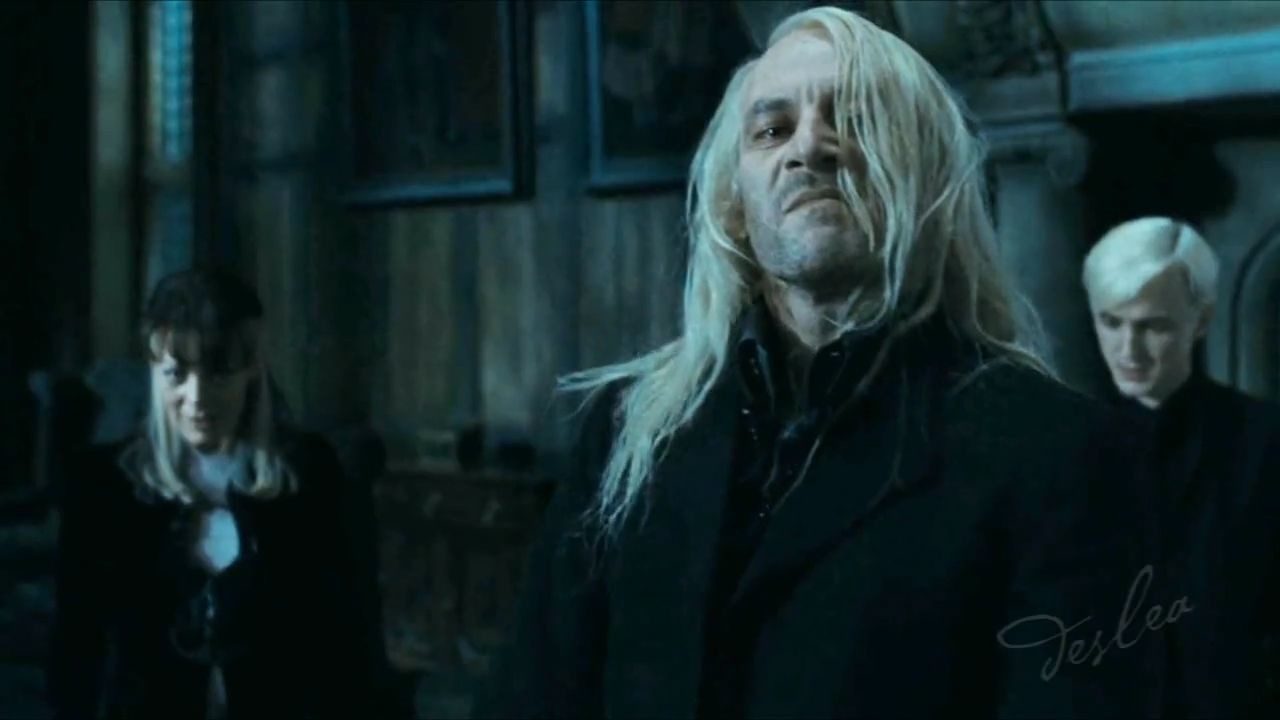 It’s All Over But The Crying (2012)
Performed by Garbage
Theme: Harry Potter’s Malfoy family, Lucius/Narcissa
Runner Up, Most Original Vid, Round 49, Driver Picks

My Rating: Five stars. I’m thrilled with this one. There are a couple of places where I haven’t gotten an otherwise-successful special effect quite right, and I’m not sure if it’s me or Premiere.
Background: The Malfoys may have stuck together through thick and thin, but that doesn’t mean theiy came out unscathed. This video was inspired, indirectly, by an alt-universe fanfic I wrote called Two of a Kind. It actually paired Lucius and Tonks in a post-war piece centred around the stages of grief, but explored a loving marriage between Lucius and Narcissa prior to her death.
Geeky Things To Note: Lots of special effects in this one! I used footage from Legends Of The Fall footage to include young Lucius and Narcissa during the First War, and in some cases added fake Dark Mark tattoos to young Lucius and blonde streaks for young Narcissa. (I didn’t do it every time for Narcissa, on the basis that women do change their hair a lot, and, well, it’s a lot of work). There’s also a faked memory of a horseride outside Malfoy Manor – that needed finer detail than I could give it in two sixteen point mattes, so I wound up distressing it to tie it together.
Programs Used: Adobe Premiere Pro CS5.
Sources: Harry Potter 2 and 4-8, Legends of the Fall. 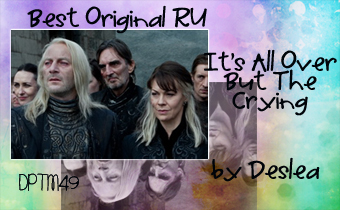